Intrepid travel seems to have gone a shade darker when it comes to what is touted as dark tourism AKA the tours you probably shouldn’t take. Pushing boundaries, arousing macabre curiosity and witnessing the sites where strange, horrific and bizarre things took place may not seem like everyone’s idea of an awesome holiday, but we know by now that the world isn’t always an amazingly beautiful place full of wonderful people.

Sometimes it helps to balance the positive whitewashing of Instagramable travel by stepping outside of the norm and taking a different approach to discovery.

Of course, for those heading out on dark adventures there is a certain level of respect to be taken; please put away the selfie sticks at Auschwitz.

Then there are those trips that you would have to be insanely intrepid to take; nuclear disaster sites, inside access to terrifying regimes, and just the downright gross and gory. Here are 5 tours we know of that you probably shouldn’t take… 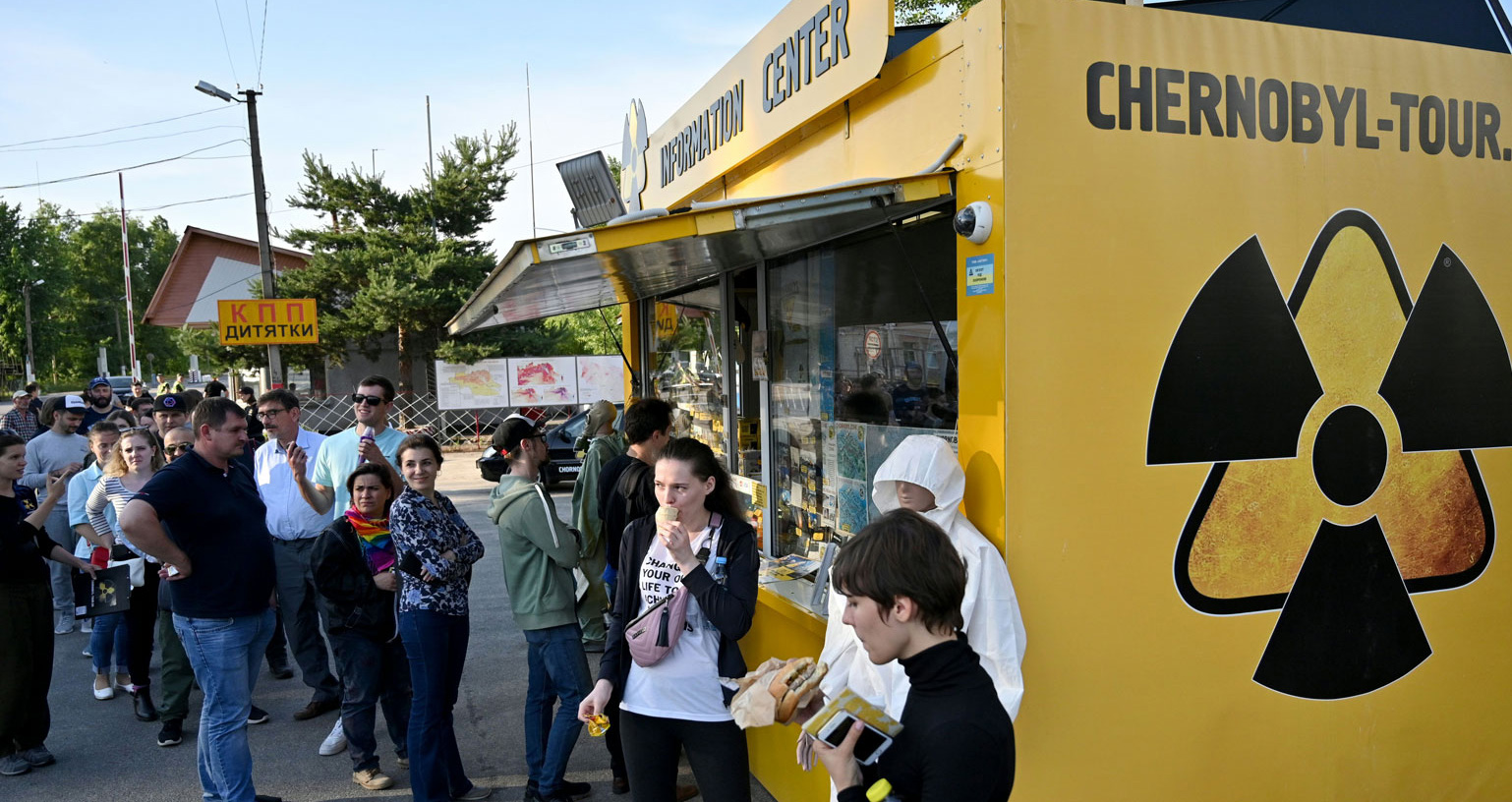 HBO’s hit series has recently brought Chernobyl take into the spotlight. While many of us had been aware of the 1986 nuclear disaster in the Ukraine, we may not have been quite so privy to the social and political horrors this brought down upon Pripyat. Now, tourists can be found heading into the Chernobyl Exclusion Zone to snap haunting pics of abandoned theme parks, disappear into an eerie sense of silence, and try to catch sight of the so-called stalkers, aka those who refused to evacuate.

You can’t get into Chernobyl without a guide and these guides will always carry Geiger counters to check the levels of radiation. Although they say the threat of radiation is relatively low (about the same as a long-haul flight), there are also structural risks considering soviet era metal has all but been rusting away for the last three decades. A fascinating visit, one that cracks open disaster and showcases it in a very real and humane way, Chernobyl will challenge your senses. 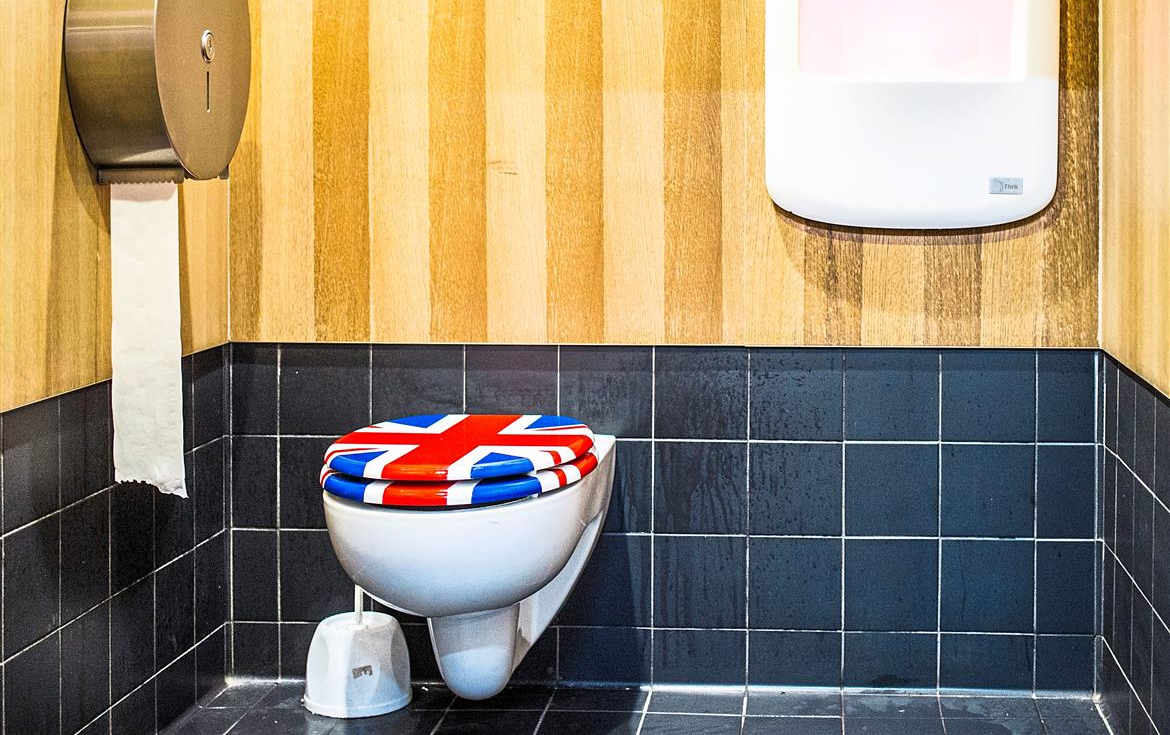 Have your hand sanitizer at the ready as we leave behind the world of dictatorships and death for the icky business of public lavatories. The London Loo Tour is far from bog standard, as the London loo ladies take you on a walking tour of the coolest and crappiest latrines in the whole of the capital.

Far from just admiring the conveniences, it’s a chance to unravel plenty of political and historical intrigue along the way. Toilet puns are positively encouraged and chances are you will meet a load of offbeat weirdo’s who also decided to flush away their afternoon on this bizarre tour. 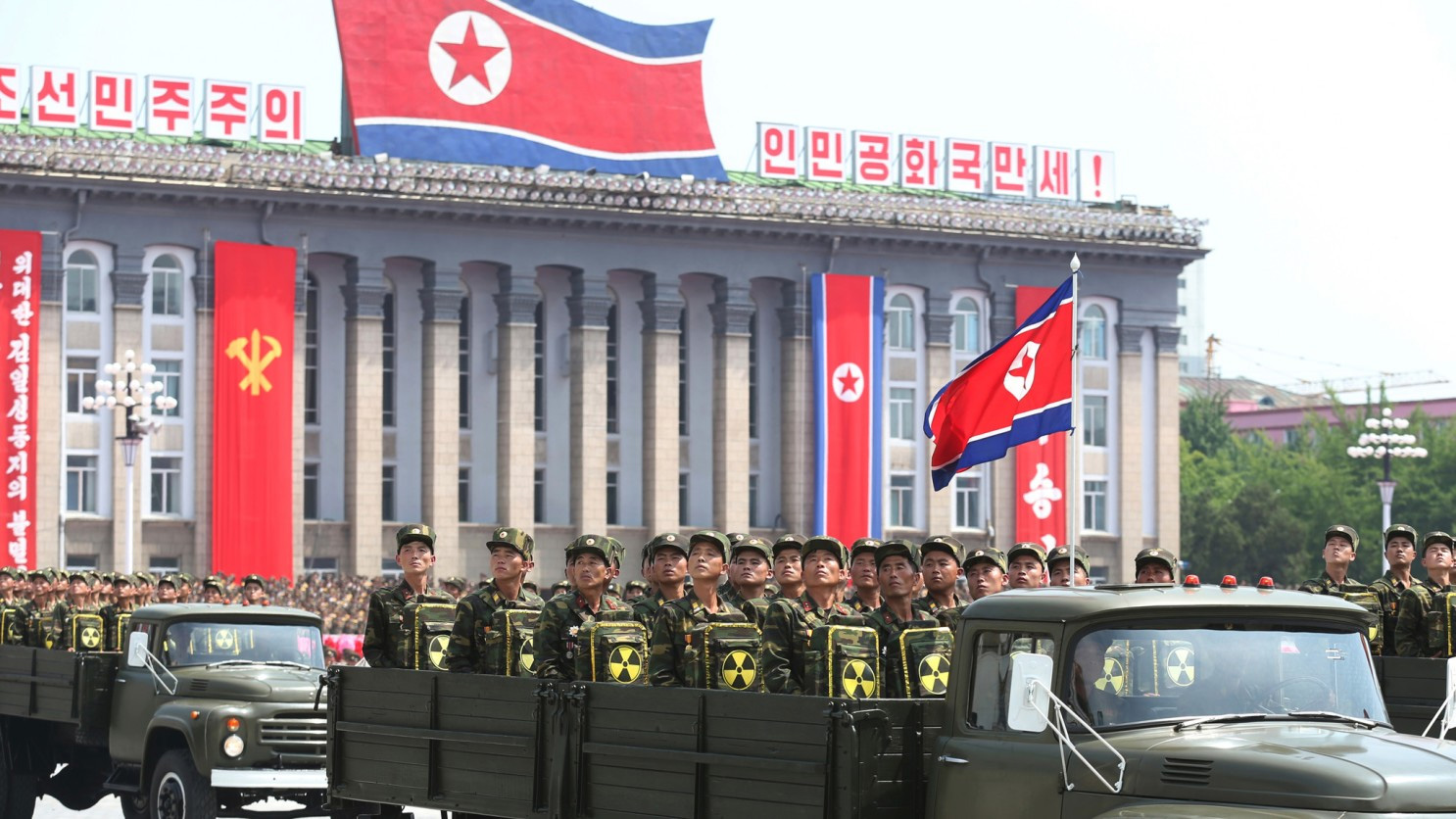 The modern-day version of the iron curtain, North Korea is equal measures tantalizing and terrifying. The hermit kingdom is considered one of the most secretive spots on earth and few are privy to what goes on behind closed doors. Sure, we have heard the rumors – propaganda, supreme leaders, inner family executions and a dizzying array of restrictions. On the flip side; there’s no doubt North Korea can offer a myriad of amazing experiences – jaw dropping mountain vistas, microbreweries, ancient temples and glorious national parks. Plus so few people have been there that it truly is an untapped destination.

North Korean tours can only be taken with government guides and you can bet that every inch of the tour has been pre-packaged and planned to showcase an exact side of the country. Everything is monitored, criticism or questions won’t be received well, and even taking out your camera at the wrong moment could land you in hot water. When it comes to holidaying on the dark side of the world you have been warned. 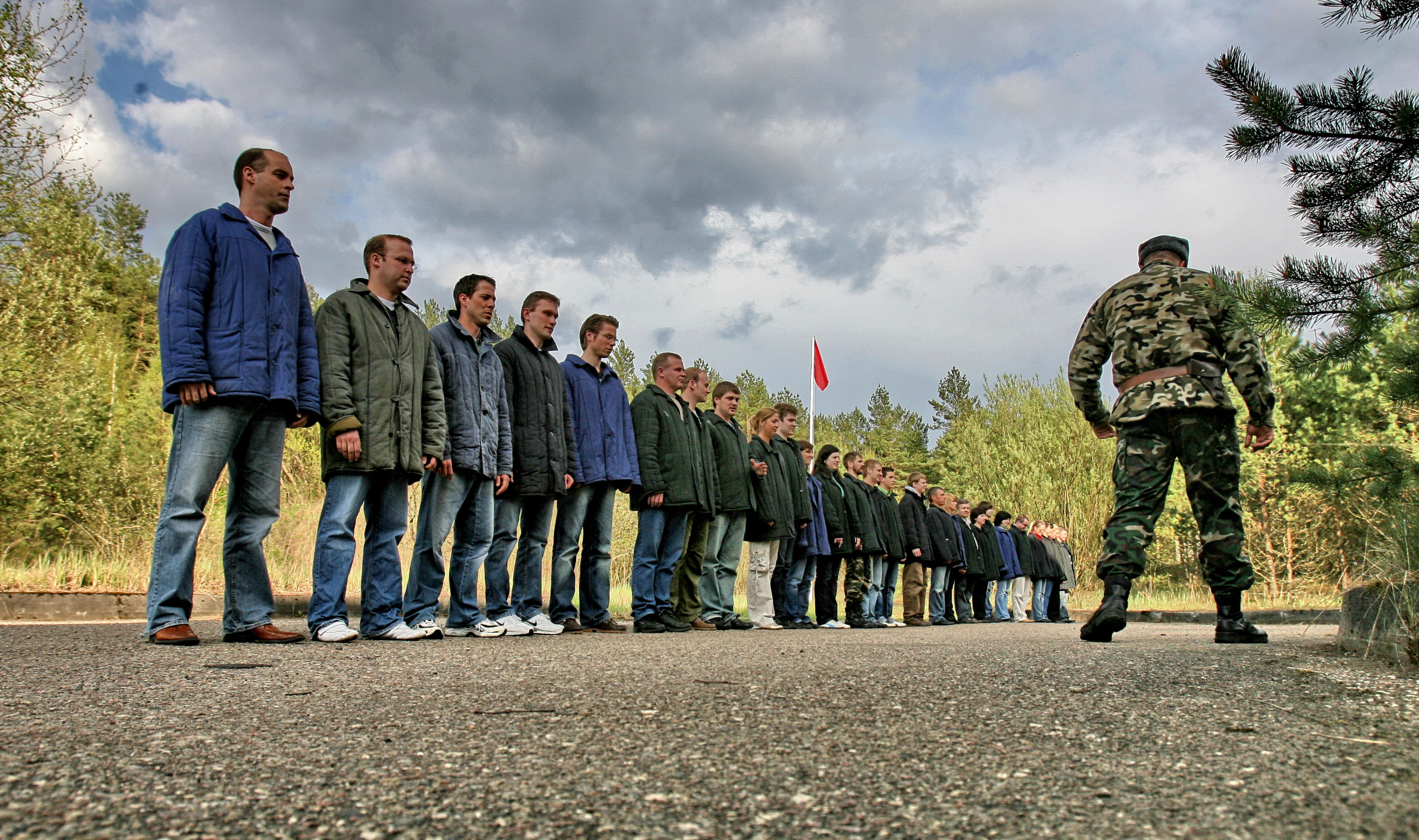 Controversial to say the least, Lithuania ups the ante when it comes to taking tourists back in time. The 1984 survival drama starts with the Red Army greeting you with dogs, taking away your belongings, and whisking you into the middle of the forest and down into an underground soviet bunker for a three-hour intensely immersive experience.

Don gas masks, be interrogated by the terrifying KGB, eat a soviet style dinner, watch the propaganda shows, and try not to step out of line. The experience involves signing a waiver to say you could be punished so be warned – 1984 isn’t all fun and games, as Orwell would also tell you. 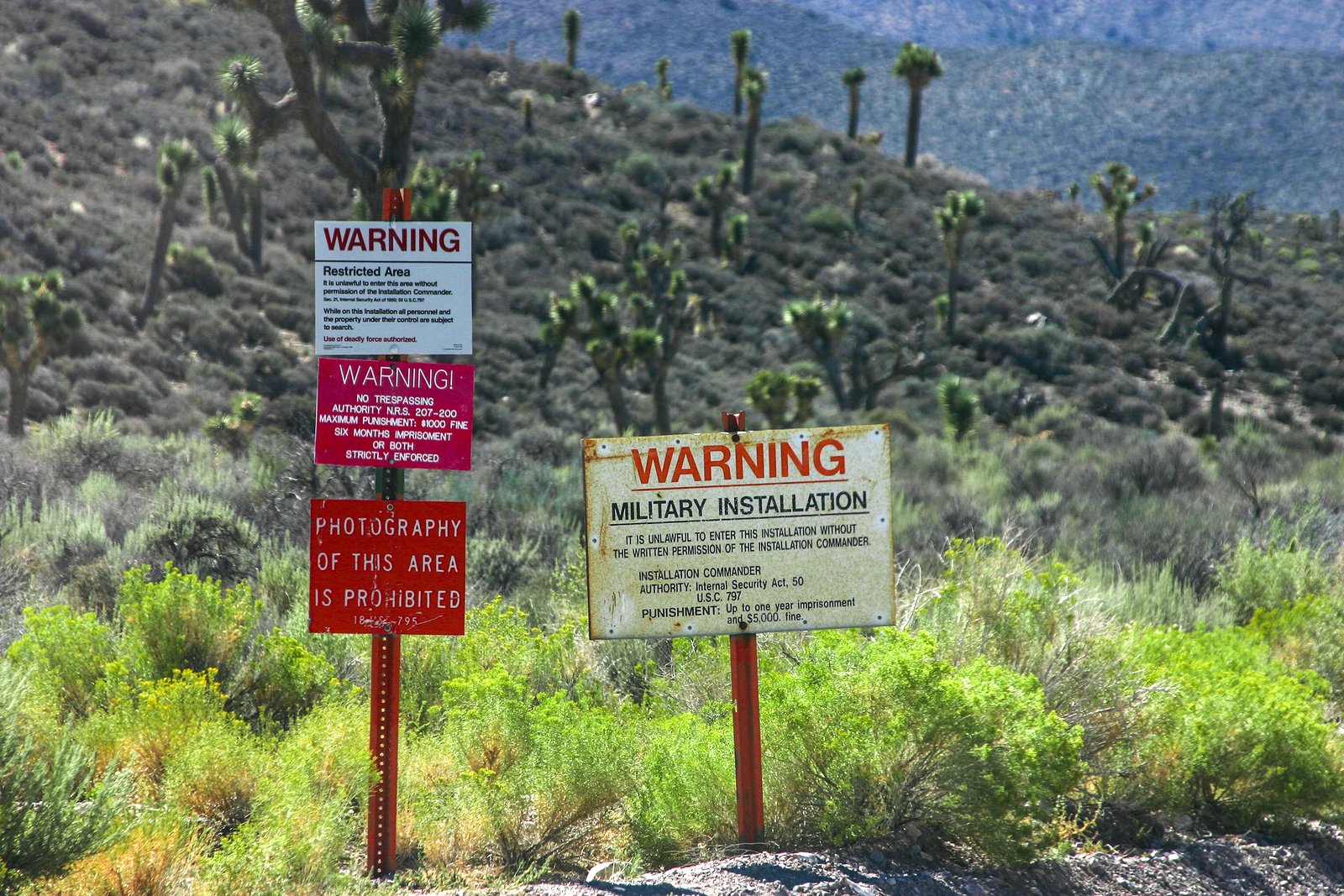 Tap into your inner Agent Mulder or Scully and head out into Area 51 whether or not you want to believe. War of the Worlds, X Files, Independence Day, Men in Black – what can we say; the world is obsessed with the idea of little green men. This Area 51 tour takes you all over; from searching for UFO’s in Los Almos to the Trinity Nuclear Test Site, and on to Roswell, AKA home of the famous alien crash site.

You’ll converse with experts in the field, follow in the footsteps of world famous alien abductees, and even head down to the darling Nevada outpost town of Rachel where alien hunters flock hoping to catch a glimpse of what goes on beyond the highly shrouded scenes of the military lockdown hotspot –Area 51. Whether you are a conspiracy theorist or a skeptic, this fascinating tour throws down shades of paranormal activity, endless entertainment, and takes a solid look at our desire not to be alone in the universe.

Check our bucket list of perfect Pan American Adventures that will take you from the streets of New Orleans to Patagonia’s cloud-piercing peaks.

The Blowout Guide to Bali

World-class surf, first-class bohemian vibes, and those spectacular rolling rice fields. There are a million and one reasons to fall in love with Bali...

For those who want a brand new powdered peak adventure, here are the 2020 trends marking a dazzling new decade for the glorious ski season...

The Blowout Guide to