What and where is Borobudur?

In 1814, the founder of Singapore, Sir Thomas Raffles instructed one of his trusty Dutch engineers to investigate legends of a large structure, miles within the Central Javan jungle. What H.C. Cornelius found was Borobudur - the largest Buddhist temple ever constructed.

Built in the 9th Century and abandoned not so long after, Borobudur lay hidden under layer upon layer of volcanic ash from Mount Merapi. Now, twelve hundred years, several restorations and millions of Indonesian Buddhist pilgrimages later, you too can climb the immense temple’s nine levels to reach Nirvana - where one is closest to the Buddha. 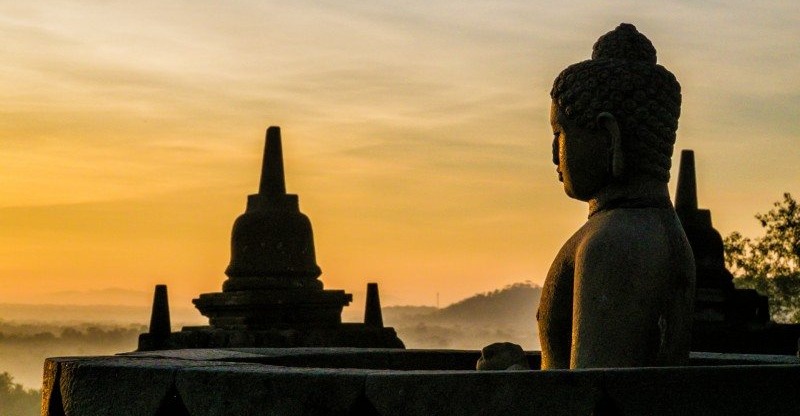 The best time of day to visit this mesmerising World Heritage Site is sunrise - you’ll arrive in the dark - just as the mists begin to lift. A short time later, the sun reveals a stunning panorama of volcanoes and terraced rice paddies, lighting up the stone reliefs before finally unveiling the many faces of the Buddha. 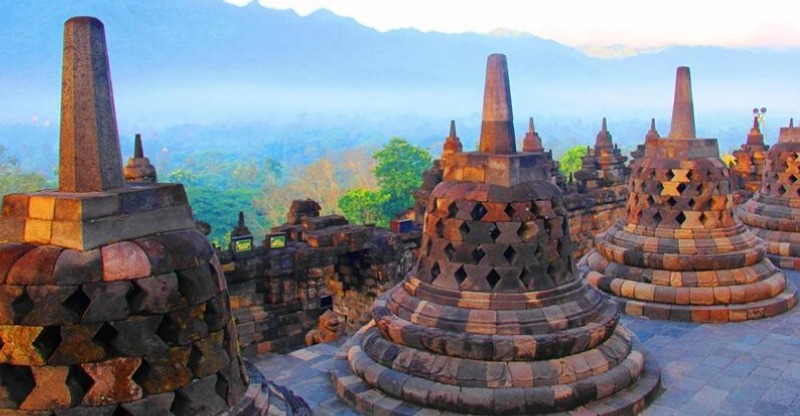 There are a plethora of other packages available, from gourmet picnic breakfasts in view of the temple to elephant safaris and Sunset Tours.

Getting out of bed with the cockerels ain’t so much fun, but many people describe seeing Borobudur for the first time as a deeply felt emotional experience. I know I did am I’m sure you will too.

Getting out of bed with the cockerels ain’t much fun, but many people describe seeing Borobudur for the first time as a deeply-felt emotional experience. I know I did and am sure you will too. 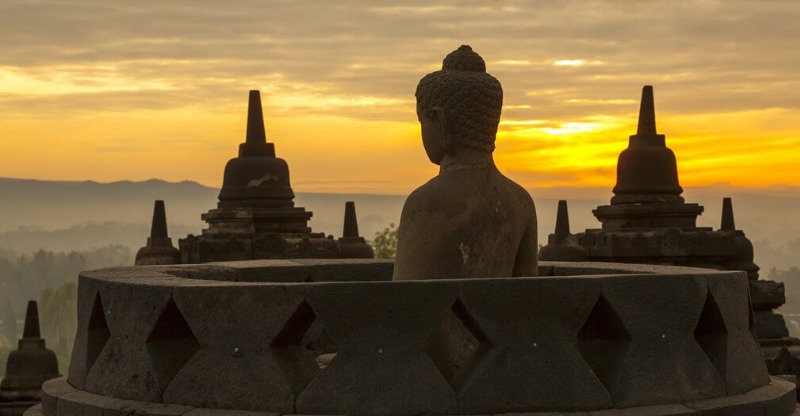