Break Stuff in a Rage Room

Hands Up Who Wants To Break Stuff In A Rage Room!

Pick me! Pick me! The World was has changed and, as truth becomes lies, as breaking news become fake, we - The People - need new coping mechanisms to stop us going totally looney tunes and starting a revolution! Yes, the Life of Riley doctor could prescribe a delightful spa package to massage your stress away (key several bars of pan flute music).... but why would we do that when we’ve discovered a secret, new way, that's WAY MORE FUN! We wholeheartedly recommend that you 'channel your inner Hulk' and BREAK STUFF IN A RAGE ROOM! 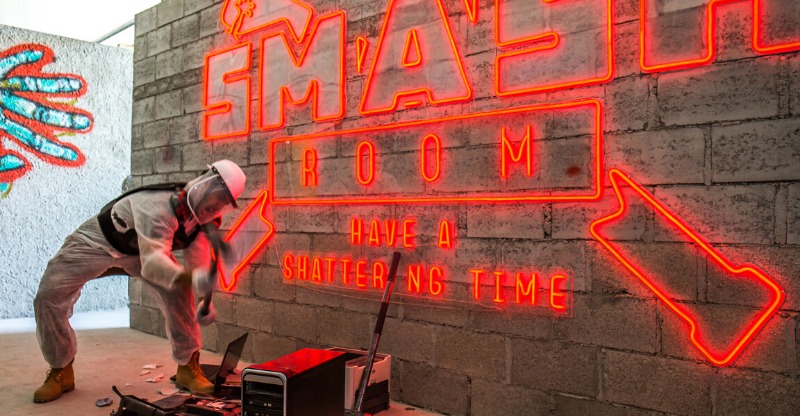 Uh huh!  This service really does exist! (And we know you are kicking yourself for not thinking of it first). Tucked away in a Dubai location that only a select few know about, is The Smash Room. This brainchild of psychologist Hiba and Ibrahim became a reality when more… “peaceful” remedies weren’t helping Hiba through the life of hard knocks. When she took some old junk into her backyard and smashed the *expletive* out of it, she instantly felt better, her weltschmerz was healed and voila - this badass version of a day spa was born!

So don't have a breakdown. Break up.. stuff, a lot of stuff, with this instant feel-good therapy!

“Cos if my day keeps going this way, I just might just break something!”

Ok, we know you're thinking 'I can go all Limp Bizkit and smashing the *bleep* out of my own stuff," but then you have to replace it... and what would the neighbours say? The Smash Room’s stress-relieving packages absolve you of all that grown-up stuff like responsibility and guilt and telling your Mom you broke her favourite vase. And being sent to your room to think about what you've done. And being grounded for a month. 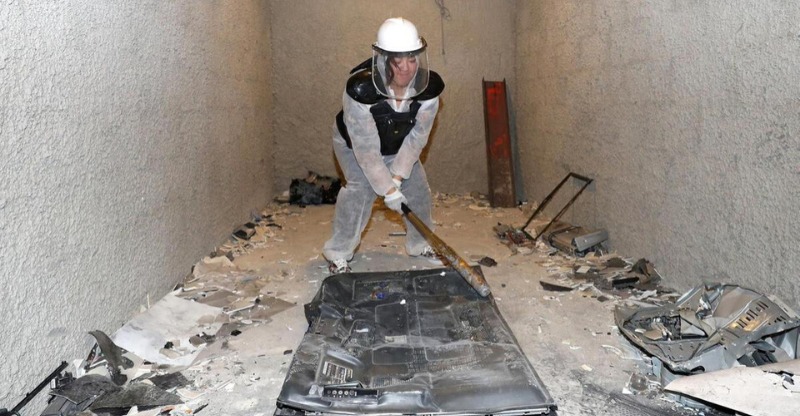 Simply choose your weapon, choose what you want to break (to smithereens)with it, and experience that smashing surge of adrenaline!