Why The Gumball Rally?

You’re highly motivated, have the perfect job, own a second home, drive the fastest car.... but have you? Your life is missing one thing - The Gumball Rally!

You have two choices - continue track days at your local circuit or spend some of your cash on the experience, memories, laughs and adrenaline to fuel a lifetime as you drive your supercar at speeds of up to ***kph from Mykonos to Ibiza, only stopping to eat, sleep and party! 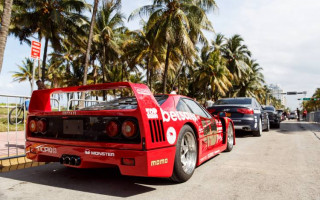 How the bally hell is all this possible? Well, this year, you’re invited to drive alongside these VIP jet-setters on a very special trip from Mykonos to Ibiza!

The action-packed route is filled with car shows, music concerts and incredible events where you’ll be joined by celebrities, models, sportsmen, musicians and DJs! 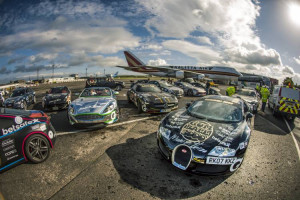 When you’re not being photographed partying or speeding passed hundreds of thousands of fans and paparazzi, you’ll be checking in to some of Europe's most exclusive hotels and when you arrive in Ibiza, you’ll attend a charity auction before being whisked off to the infamous Gumball Finish Line party.

What do you buy the man who has everything? Click the link to find out!