HondurasAll Year Round
Trip of a Lifetime

See “The Most Beautiful Place on Earth” with Honduras Liveaboard Diving

Let’s begin with three little words that are sure to tempt you… White Sandy Bottoms.

But the pristine white sand at the bottom of the Caribbean Sea isn’t the only reason to visit Honduras’ best scuba diving sites; we can’t offer Captain Jack Sparrow’s ship The Black Pearl but we can promise the perfectly white Caribbean Pearl 2 Yacht. 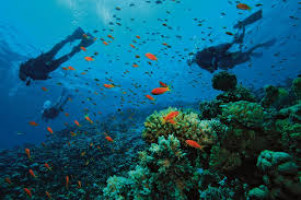 Setting sail from the island of RoatÃ¡n, you’ll spend your tailormade days and nights sailing Blackbeard and Henry Morgan’s turquoise waters, stopping off at spellbinding atolls and white sandy beaches.

Will there be sunken treasure?

As you cruise onwards from “The Most Beautiful Place on Earth” Cayos Cochinos to Utila, up on deck, you can fish for marlin and tuna, dine on glorious Honduran seafood and drink your fair share of rum!

But you’ll need a clear head each morning because, under the azure blue sea, you’ll descend to nature’s most stunning dive sites, and yes, if you get very lucky, you may find sunken treasure in scuttled wrecks! 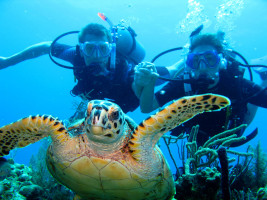 So get practising your best Jack Sparrow accent now if you want to take the plunge and be a real Pirate of the Caribbean.

Before we transfer you to Honduras Liveaboard Diving