SlovakiaMay
Trip of a Lifetime

Chill out at the Ice Hockey World Championships!

If you’re looking to really chill out in central Europe this springtime - and aren’t put off by a few dismembered fingers - then the Ice Hockey World Championships in Slovakia should be right up your street.

With more shoulder pads than an episode of Dynasty and more fights than… well, an episode of Dynasty, the championships pit the best ice hockey nations in the world against each other, with all the drama that you’d expect from 12 aggressive men in a cold, slippery ice rink fighting for their country. With blades attached to their feet.

What makes the Ice Hockey World Championships so exciting?

You don’t need to be an ice hockey nut to know that this sport is exciting enough even at lower league level. And here are 16 teams from around the globe – including USA, Russia, Finland, Canada, Denmark and Italy – taking that excitement phenomenal heights.

With matches split between the Ondrej Nepela Arena in Bratislava and the Steel Arena in Kosice, you can grab tickets for individual games as well as superfan-appropriate team tickets, allowing you to watch your team every time it takes to the ice. 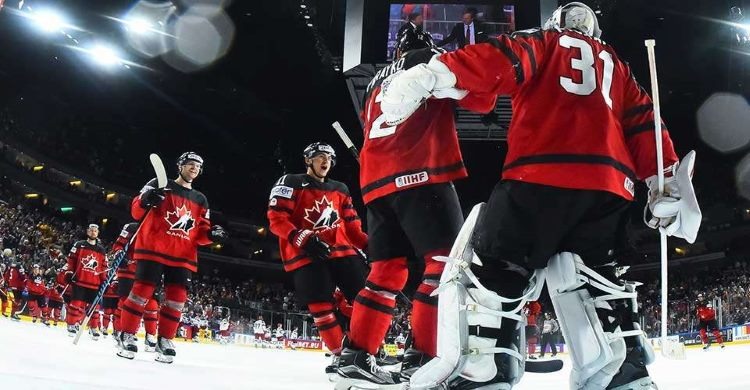 The groupings make for some mouthwatering potential quarters and semis, although if you are that true hockey nut we mentioned earlier, you’ll undoubtedly be booking the best seats in the house when the final arrives on 26 May.

When you need a break from the action (as if that’s ever been needed), you can head off and explore everything else that Slovakia has to offer – great beer, castles, beer, awesome scenery, beer, mountains, dumplings, and… did we mention beer?

Before we transfer you to Ice Hockey World Championships