How will you be kicking off the month of July? At home glued to Netflix, or blissing out to the future-soul synth sounds at the foot of a psychedelically-painted 13th-century Scottish castle at Kelburn Garden Party? It's a no-brainer, really...  isn't it?

There’ll be live acts and quirky activities in every nook, cranny and grotto of the lush castle grounds and surrounding forest and glen. 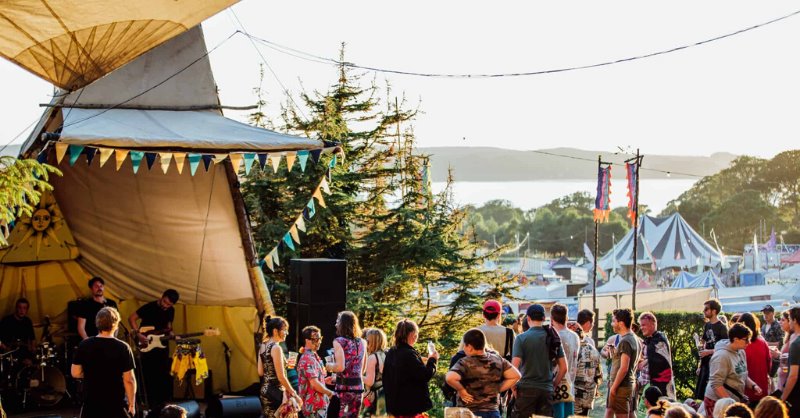 What Will You Find At Kelburn Garden Party?

This year's acts include The Freestylers, Henge, Peteboy, Max Cooper, Bombskare, Kampire, Freelove, The Ragga Twins, DJ Aphodite, Faeries and 24 hr garage Girls featuring Shosh. All this mean your ears (and feet) will be taken on an adventure through the realms of Afrobeats, folk-rock, funk, dubwise, reggae, and much, much more like art installations, poetry readings, comedy sets and acrobatic fire shows.

You can explore the “Secret Forest” with its gingerbread house straight out of a fairy tale and Chinese gardens. If you don't lose yourself in music, you can lose yourself in the castle's mysterious maze or just by walking amongst the rambling ferny paths that weave across the glen in a procession of wild flowers. Plus, loads of other brilliant things that you wouldn't believe!

If you're really daring, you can even strip off and take a dip in the secluded, pristine waterfall pool in the green depths of Kelburn Gorge.

Sounds awesome, doesn’t it? So put down that remote control, step away from the doughnut and book your tickets right here, right now!

You can catch up on those six seasons of whatever TV show you were watching on Netflix when you get back.

Before we transfer you to Kelburn Garden Party