United States of AmericaFeb
Trip of a Lifetime

If someone ever asks you to describe the words ‘Bacchanalian’, ‘Revelry’ or ‘Booty’ the most accurate answer is simply: New Orleans Mardi Gras!

Around the end of February each year, New Orleans in Louisiana, USA erupts with endless street parades and garish floats enough to impress the most accomplished of engineers and carnival connoisseurs. 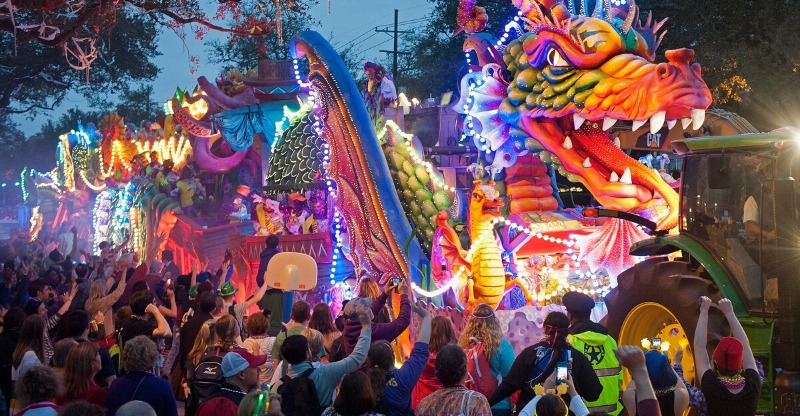 The smell of Cajun spices meets howling jazz music head-on; the infamous Bourbon Street is awash with its namesake liquor and the unique New Orleans mix of European, American and Afro-Caribbean cultures unite. Why? To celebrate community, camaraderie and being who you darn well want to be. Just ask the chap dressed in full Native American garb break dancing next to the woman done up like a voodoo-doll-cum-burlesque-dancer!

Founded by the French, traded to the Spanish and literally bought by the Americans, there is nowhere else in the U.S that comes close to the atmosphere of New Orleans, on any given day of the year that is. Rock up for Mardi Gras and you'll come away well and truly mind boggled and beer goggled. 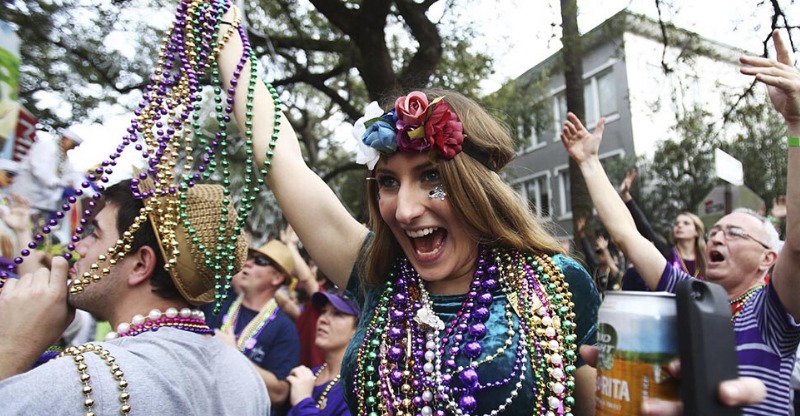 To really show willing, make sure you don a costume or dress in purple, green and gold and grab as many strings of shiny beads as you possibly can as they’re tossed like confetti from the floats. Whatever secret desires you harbour when it comes to partying, Mardi Gras is a no-holds-barred knees up with some of the richest, heartiest street food in the world to help you go the distance. 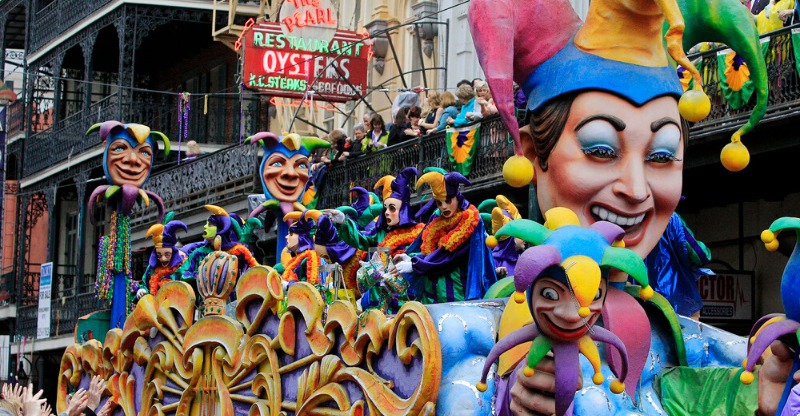 Before we transfer you to New Orleans Mardi Gras