Spend Your New Year in Rio... Because - Rio.

Oh, New Year's Eve. That one day of the year where you seem to have only two choices: to sit at home binging on Netflix and self-pity while the rest of the world apparently dances gaily under a shower of champagne and fireworks; or to go out to what you imagine will be a shower of champagne and fireworks only to discover you're in an underwhelming club full of drunk people wishing you were at home watching Netflix. 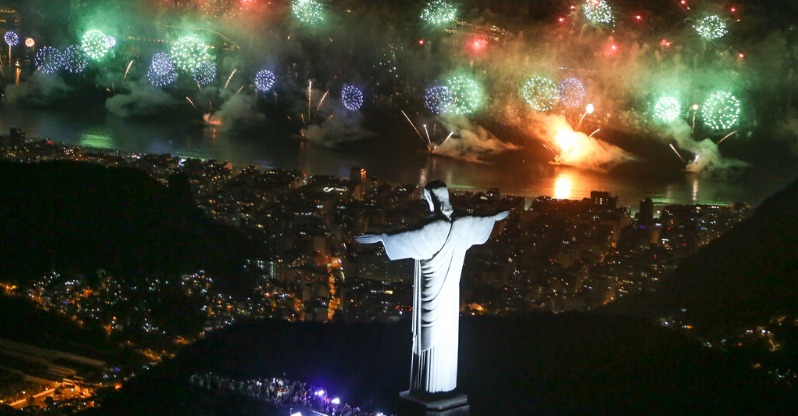 May we offer a solution to your "New Years is always so overrated" conundrum?

It's New Year in Rio. Where sunshine, caipirinhas, and gorgeous Brazilian people co-exist. And it's waiting for you this December.

What To Expect In Rio This New Years.

Imagine one of the most famous beaches in the world teeming with over 2.5 million dancing, laughing, revelling people. The parties at Copacabana beach start early in the day (is it ever too early for a sneaky caipirinha?) and roll right over into the next. Possibly even the one after that... if you have the stamina to keep up with the natives!

Live music blasts out across the beach from multiple stages, imploring you to move your hips, or at least tap your foot in time. At midnight, the fireworks explode overhead in symphony with thousands of popping champagne bottles.

And hey - if the beach gets a little too packed for your liking, you can escape to the Copacabana penthouse which you've wisely rented to soak up the vibe from afar and host your own little private party with friends.

Either way — whatever cares you had this year will melt away in an instant. And you'll be more than ready to usher in 2019.

So, now you have no doubt about spending New Year in Rio, let's go! Or, as they say in Portuguese, VAMOS! 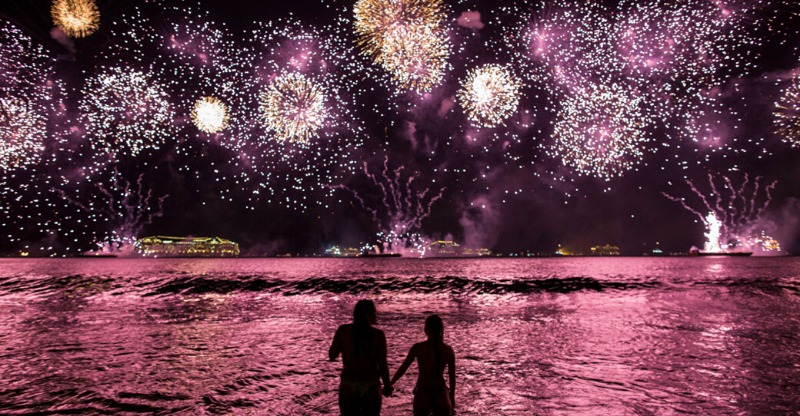