NorwaySeasonal
Trip of a Lifetime

There’s two types of people - Watchers and Go-ers. Watchers witness the world go by watching PBS wildlife documentaries from their sofas while Go-ers rebrand the initials PBS into their very own Polar Bear Special with North Spitsbergen - Polar Bear Adventures!

Which will you be today? A watcher or a go-er? Will you let life pass you by on your sofa or will you grab the bear by the paws?

Do you want to see your wildlife on the TV or get up close and personal with polar bears, whales and walrus just 540 miles from the North Pole?

Setting out from Svalbard’s most beautiful town; Longyerbyen, (and its Polar Bear Museum) you’ll spend eight days and seven nights aboard the ice-strengthened cruise ship The Ortelius. In Isfjorden, you may see Minke Whale while polar diving in Raudfjord and are certain to see Ringed and Bearded Seals while snowshoe hike.

Why's this Arctic Trip on Top of the World?

Make sure you have your camera at the ready at all times as Polar Bear walk the impressive Monaco Glacier as you cruise alongside its 5km long face. In the Hinlopen Strait, you’ll navigate the ice floes in zodiacs and explore the bird cliffs of Alkefjellet.

Then it’s on to St John's Fjord and Seven Islands (81 degrees north and the closest you’ll get to the North Pole!) where you’ll get up close and personal with magnificent polar bears. Plus, Greenland Whales, Blue Whales and Fin Whales - so many whales that you’ll practically be Welsh!

With Arctic Foxes, Reindeer, Pink-footed Goose, breeding Ivory Gull and Walrus all on the menu… doesn’t that sound a better life than a TV dinner and documentaries? 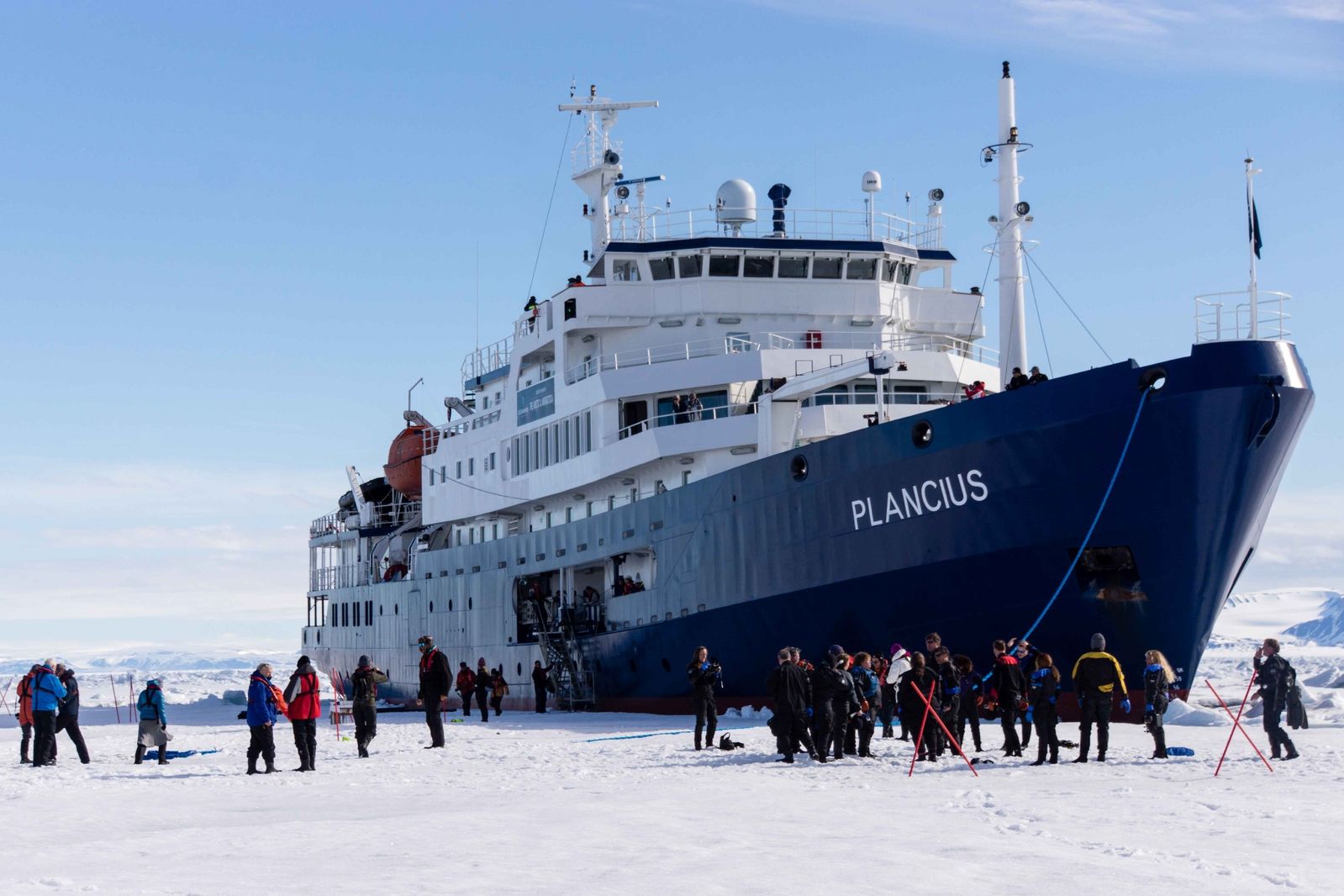 Not that you'll be eating the animals as TV dinners... there's no microwave on the ship!

Before we transfer you to North Spitsbergen - Polar Bear Adventures