Race to the Clouds at Pikes Peak International Hill Climb

Race to the Clouds at Pikes Peak International Hill Climb

Yes - REAL clouds -  it really is that high.... And not only that - this automobile and motorcycle event is VERY fast.... and EXTREMELY technical.  So if you have even the tiniest of an inkling of passion for the need for speed, then the Race to the Clouds at Pikes Peak International Hill Climb in Colorado Springs is something you are going to want to witness first hand. 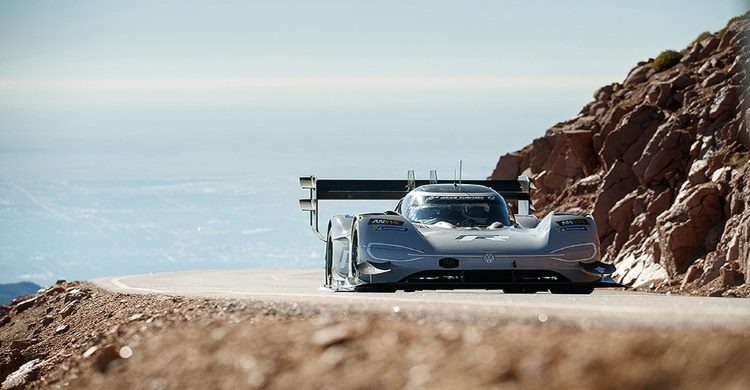 The course, which is 12,42 miles long (that's just a slight shave under 20km for the metricated), takes the fearless drivers and their souped-up machines to a summit finish 14,115 feet (4 300m) above sea level - that's a head-rush climb of 4,720 feet above the starting point! 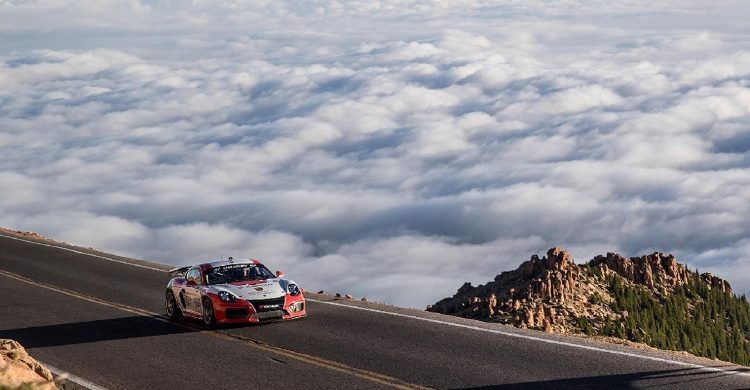 And it certainly isn't just about being able to drive fast, or even negotiating the 156 turns on the way up. No way, Jose, there are further complexities that these crazy petrol-heads have to deal with. As they get higher on the course, not only does the thinning air rob most combustion engines of anything up to 30% of their potential power, but it also slows down the drivers' mental and muscle reaction time - not something you would want to happen on a hairpin bend through a forest at 200mph, is it?

Last Year History was made... it could happen again in 2019.

After Romain Dumas set a new course record of 7 minutes 57.148 seconds in the 2018 Race to the Clouds at Pikes Peak International Hill Climb, there could well be a chance of improvement on this. 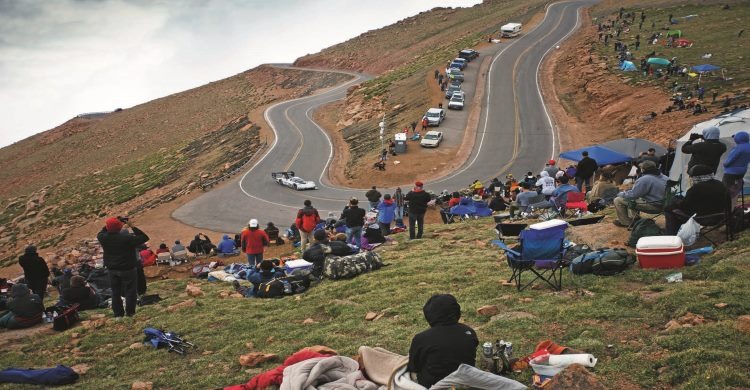 But either way, since the event started in 1916, every year has brought a speed spectacle bar none - especially as the rapid advancement of technology makes vehicles faster and faster.