Wanna be Big in Japan? Join this Sumo Training Experience!

If Kung Fu Training in China, or Genghis Khan Warrior Training or becoming a Jedi Knight doesn’t ignite your lightsaber, this Sumo Training Experience in Tokyo's Sumo Town might just!

Early in the bustling Tokyo morning, you’ll meet your local guide and travel to the Ryogoku District; the epicentre of Japan’s sumo world. From there, we’re going to take you back through the mists of time to one of the few Sumo stables that allow tourists inside!

For the uninitiated, Sumo (相撲) wrestling originated 1,500 years ago. It was to entertain the Shinto gods and ensure bountiful harvests, but you knew that, didn't you? The rules are easy peasy, Japanesey: the first wrestler to exit the dohyō ring or touch the ground is the loser.

So, now you’re up to speed…

Once you’re in the Heya, or stable where the average 350-pound Rikishi wrestlers live and train, you’ll be initiated into this crazy, strange, secretive world of ancient rules and rituals before watching giant, grizzly babies go full-hog and try to slap, push, tickle and bear-hug the life out of each other! 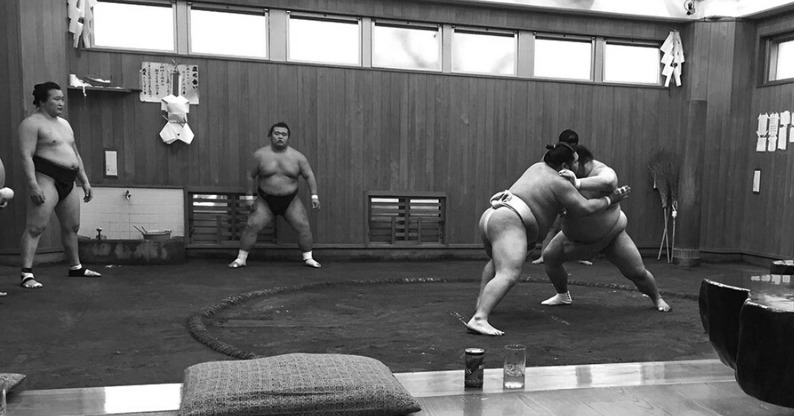 You’ll spend a fun-packed, enthralling half-day learning all the terms, tools and techniques as thunder-thighed Rikishi undergo their morning practice session. The highlight being ‘King of the Castle’ where two gargantuan gentlemen spar non-stop until one is eventually crushed! 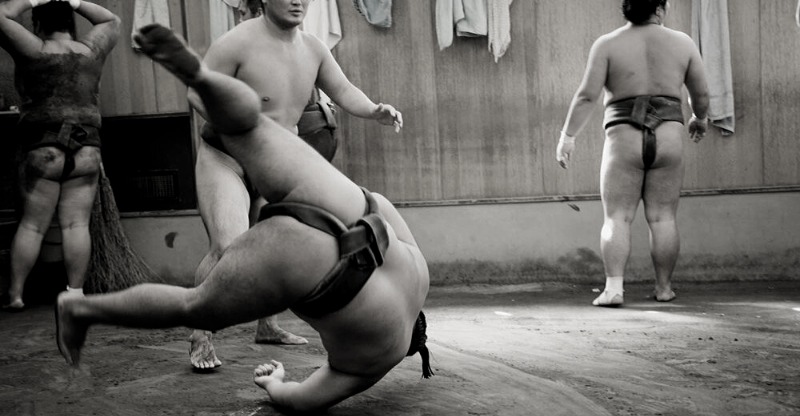 Before we transfer you to Sumo Training Experience