Dost thou wishest to see real knights on horseback at The Saracen Joust?

Twice a year in the stunning city of Arezzo in Italy's most beautiful region; Tuscany, an exhilarating re-enactment takes over the streets... It's called The Saracen Joust. And now, the Life of Riley Time Machine we'll take you back to medieval Italy to experience a better life... when Machiavellian princes ruled with an iron fist (actually that's probably fists, because I'm sure they had at least one each), when peasants were revolting (and ate mud.... which in itself is revolting) and knights died by very long stick on horseback! 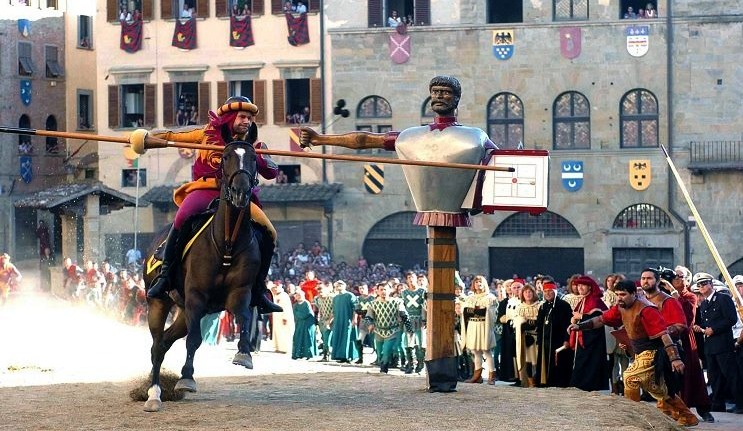 Giostra del Saracino, which began as an ancient military training exercise, was lost in the mists of time until it was restored in 1931 as a re-enactment of the romantic chivalry of the Middle Ages. Nowadays, The Saracen Joust is a much more wholesome and colourful affair - no one dies and you don't have to eat any mud.... unless you want to.

What's the gist of the joust?

Our Time Machine can take you to the night-time joust in June or the day-time joust in September. Whichever you choose, proceedings begin with a vibrant, multicoloured procession of 350 harlequin costumed characters and horses parading along the streets. But the real fun starts when the knights' tournament is held in The Piazza Grande, where bugles blare, flag-wavers line the courtyard and everyone cheers on from the windows above. 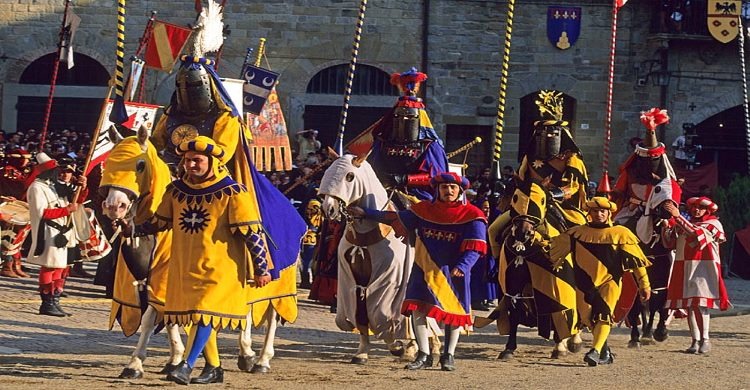 Under the heraldic banners of their ancient noble family houses, four rival knights appear at the four gates and, to the delighted whoops of the crowd, they gallop their horses at speed to towards the armour-plated Saracen... and that's as much as we can say as what happens next is impossible to predict!

In addition to the Giostra del Saracino being perfect for everyone from 8 to 800, Tuscany also offers some of the most breathtaking countryside, towns, castles, ruins, food and wine imaginable. Perfect for a summer or autumnal holiday! 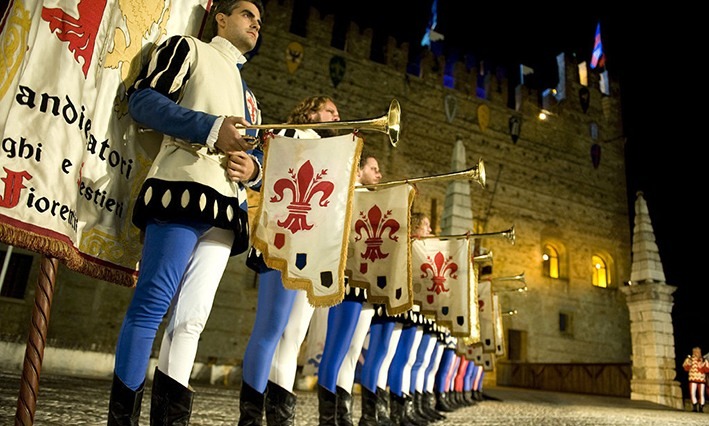 Thou shouldest cometh, and experience ye old battle first hand... so clicketh on the link!